Estonian Fund for Nature (ELF) organized the first volunteering camp in 1998 and the camps have been continuous since 2001. We have held 819 events on different sites, with more than 13 650 participants who contributed over 119 100 hours of work.

ELF’s volunteers have had a big impact on conservation in many sites and green spaces including: 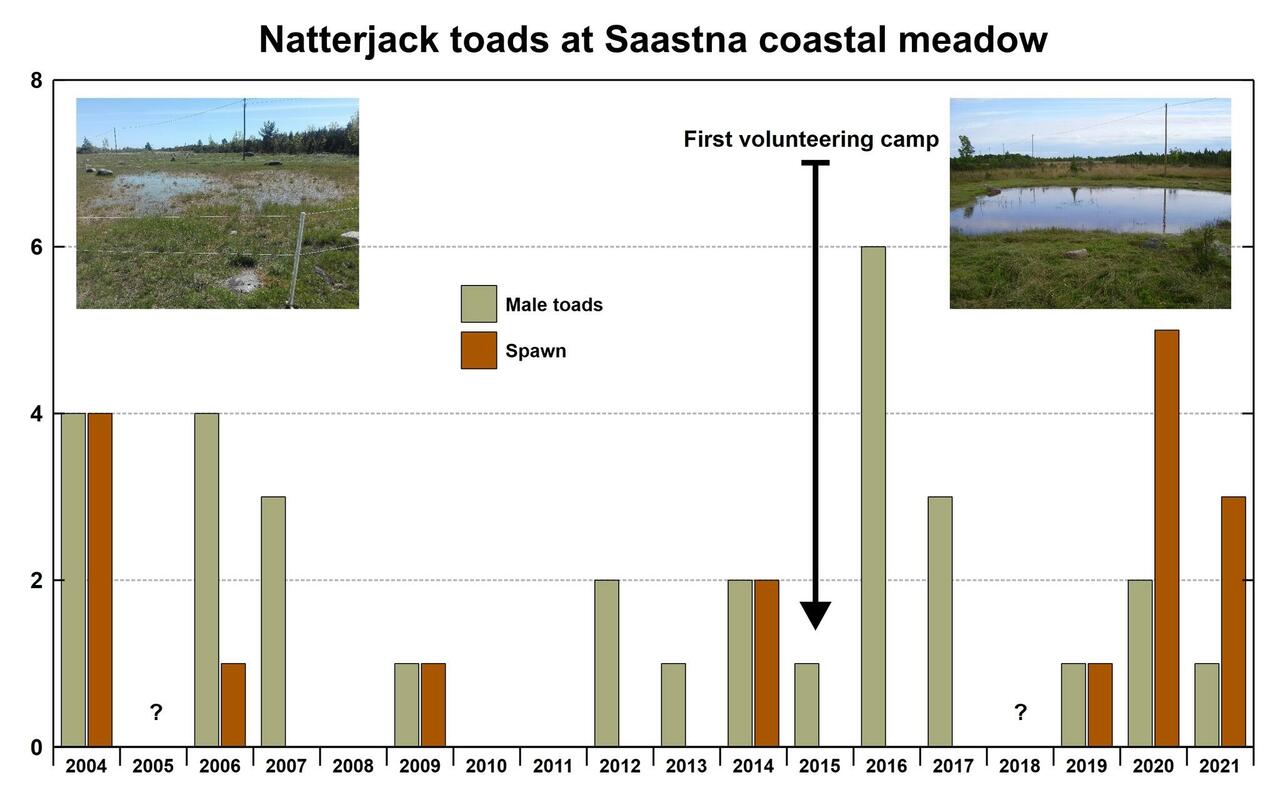 An example of results: the natterjack toads at Saastna. The number of male toads in the area is fluctuating, because species experts used to reintroduce pregrown young toads from Penijõe breeding center into Saastna each year. Note that before the volunteering camps started, the breeding was not very successful nor was the population reproductive. However, since the removal of brushwood started in 2015 the condition of the breeding pond has gotten better and better each year. As of 2019, the breeding has been successful and there has been no need to reintroduce pregrown toads into the area. The pictures of the pond are from 2005 and 2020.